37 Died In The Massacre That Time Forgot

37 Died In The Massacre That Time Forgot 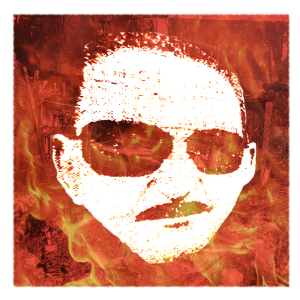 John Thompson had big plans for himself, most of them conceived when he was drunk. Thompson, 42, was about to have his day, to take his place in the annals of crime. That would happen on Friday August 15th, 1980, when he became responsible for the biggest mass-murder ever committed in Britain…

It was 3 a.m. by the time Thompson arrived back in his cab in Tin Pan Alley. The Spanish Rooms were packed, noisy and full of cigarette smoke; it was estimated that about 150 people were jammed into the minuscule space.

Outside in the narrow street Thompson could hear Hernan Vargas the DJ going full steam at his job. But the disgruntled Scot wasn’t listening. Methodically he poured the petrol through the letterbox, lit a ball of crunched up paper and tossed it through on to the poured petrol.

Within a minute the building was engulfed in a deadly inferno. The old staircase that stood opposite the door was wooden and rickety and the walls were lined with polystyrene tiling for soundproofing – materials that fed the fire like tinder.

If that wasn’t enough the ground floor between the two clubs was used for storing 30-odd hotdog stands, all loaded with Calor gas bottles containing highly flammable propane.

A survivor, Luis Silva, recalled what happened when the flames touched the gas bottles. “There was a terrific explosion. The lights started shaking and people started shouting, ‘It’s a bomb! It’s a bomb!’”