20 Victims For The Monster Of Montmartre

20 Victims For The Monster Of Montmartre 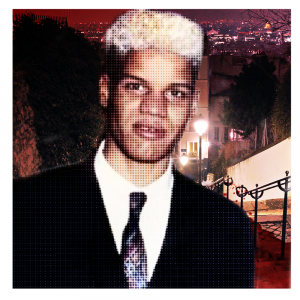 Thierry Paulin returned to Paris in late 1985. Now working alone, he killed at least eight more women. His life spiralled out of control as his dream of breaking into cabaret lay in tatters and his addiction to cocaine accelerated.

On December 20th, 1985, 98-year-old Estelle Donjoux was found strangled in her home. The signs were unmistakeable. The Monster of Montmartre was back at work again after a short respite. For the elderly women of Paris, the nightmare had returned.

The next victim was Andrée Ladam, 77, also strangled, on January 4th in the new year. Five days later Yvonne Couronne, 83, was strangled. Only 400 metres separated the homes of these three new victims.

Between murders Paulin managed to hold down a job in a multi-service agency called Frulatti. This was a freelance agency, and Paulin had to find work and contracts for photographers, models and illustrators.

He had an additional marginal activity with the agency – he was charged with debt recovery from clients. He excelled at least at this, employing the strong-arm tactics that made him the Monster of Montmartre.

Furious and deeply alarmed, protesters marched in the streets, demanding more resources for the investigation. The police, for their part, were able to give some advice. This time it seemed that the victims were followed while they were out shopping. As they came to their front doors, they were pushed inside, killed and robbed.

There was a difference in the modus operandi from the previous year. This time the victims were not tortured. They were either strangled or asphyxiated quickly. But, terrifyingly, the rhythm of the killings was the same.

There was no doubting that the killer was the same – fingerprints from the first round of murders matched those found at the murder scene of the second round. But the prints were not on record. At the time France lagged behind the UK in crime detection – there was no national databank either for fingerprints or for DNA.

On January 12th two more victims were discovered. They were Marjem Jurblum, 81, and Françoise Vendome, 83. Both were strangled. On January 31st Virginie Labrette, 76, was found dead in her apartment. She too had been strangled…