11 Victims For The “Teenage Bonnie And Clyde”

11 Victims For The “Teenage Bonnie And Clyde” 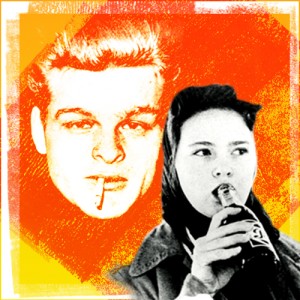 Sheriff Merle Karnopp approached the house, firing nine tear gas shells as he advanced. The posse covered him with rifles, machine-guns and shotguns. Then a patrol sergeant kicked open the door of a small detached washroom at the rear. Inside lay 70-year-old August Meyer. He had been shot through the head with a .410-gauge shotgun, and dragged from the house to the washroom.

The house itself had been ransacked. A .22-calibre rifle was missing, and Starkweather’s and Caril’s fingerprints were found on the furniture. There was no sign of a struggle, which suggested that Meyer had been shot down in cold blood.

The killing laid to rest any lingering doubts the police may have had that Starkweather had indeed murdered the Bartletts, and Sheriff Karnopp summed-up everyone’s thoughts when he said: “Starkweather is the man we want. Meyer is his fourth victim.”

He was only half correct. August Meyer was Charlie Starkweather’s sixth victim. Two more bodies had yet to be discovered.

Two days before, 17-year-old Robert Jensen set out at 8 p.m. on a date with his attractive 16-year-old classmate Carol King. Jensen was driving a 1950 blue Ford. Early the following morning, their alarmed parents reported to the police that the youngsters had not returned home.

A few hours later, their bodies were found in an old storm cellar half a mile from Meyer’s farmhouse. They had died from .22 bullet wounds in the head. Carol was almost naked, and she had been raped and sodomised.

Fear and revulsion filled the community in the 25 miles between Lincoln and Bennet. People could hardly believe that two teenagers could perpetrate such horrific acts. Murder was bad enough, but slashing a baby’s throat and the rape and buggery of a dead girl were new kinds of atrocities they found hard to deal with.

First-degree murder charges were filed against the couple, but there was still no trace of them…

Read the full report in Murder Most Foul No. 98 »