10 Death Sentences For “The Grim Sleeper”

10 Death Sentences For “The Grim Sleeper” 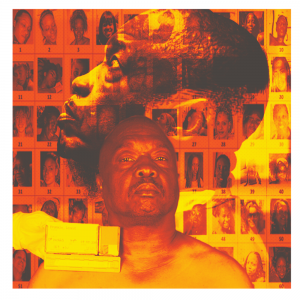 Lonnie David Franklin Jnr., 57, was described by his neighbours as “friendly and quiet.” On July 4th, 2010, he was having fun at a children’s party at John’s Incredible Pizza in Buena Park, California.

As he left, an investigator who was working undercover as a waiter bagged the remaining slice of pizza and the utensils that Franklin had used. It was the final break the Los Angeles Police Department (LAPD) had been looking for. The resulting familial DNA test would link Franklin to 10 murders.

Now retired, Franklin liked to work on his car in the yard outside his mint-green house and chat to passers-by. Grandfatherly in appearance, he was the kind of man you wouldn’t notice standing beside you at the bus stop, sitting opposite you on the train or comparing prices in a grocery store.

Franklin was picked up three days after the pizza raid in an operation that appeared to have been leaked to the media. Dozens of cops surrounded his home and descended upon him.

It had been a long journey from the deaths of Princess Berthomieux, 15, a runaway prostitute, and Valerie McCorvey, 35, in 2002 and 2003. At first, the LAPD had failed to link these deaths to a further group of victims in the 1980s.

The break came when Janecia Peters, 25, was found dead in Gramercy Park on New Year’s Day, 2007. A DNA test was requested by a new cold case unit at the LAPD. It linked Janecia to seven cold cases from the 1980s, to Princess and to Valerie. That made 10 cases in all.

The media quickly latched on to the presence of an unknown serial killer in the community. The LA Weekly labelled the killer The Grim Sleeper to reflect the fallow period of the 1990s. Soon, even the LAPD used the phrase.

And yet there may have been many more victims…

Read the full report in True Detective May 2018 »